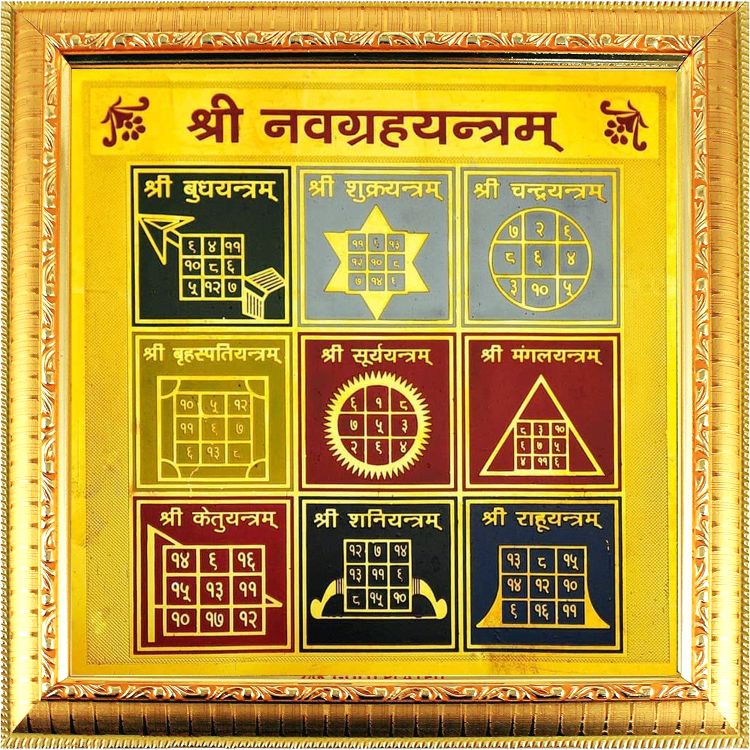 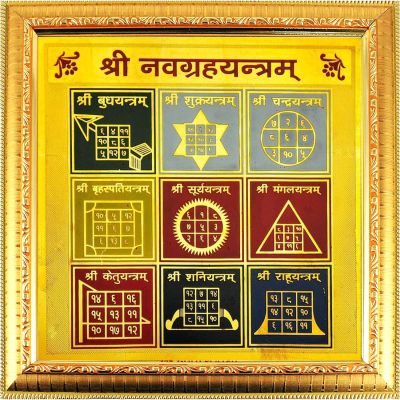 One of the most distinctive and holy astrological Yantra is the Navgrah/NavagrahaYantra. It is the one and only Yantra that houses all the nine planets. The term Navgrah is an amalgamation of two words, ‘Nav,’ which means nine, and ‘Grah,’ which means planets, which holds prime significance in Vedic astrology. Since ancient times yantras have been used to lure positive energies of different kinds and of heavenly bodies. These are powerful spiritual geometry that can energize the place it is placed in, boost the positive energies, and produce good vibrations that benefit the people.

The navgrahYantra is a holy instrument and the most effective among all other planetary or astrological yantras as it carries the united powers of all the nine planets.

Where should it be kept at home?

Navgrahyantra can be placed at home or workplace by anyone, irrespective of religion, caste, and nationality. To get the utmost benefits, it should be kept in the suitable direction of the space, in which it is to be preferably kept and worshipped.

1. It benefits by getting rid of planetary doshas and all the negative effects related to it

2. When placed in the right direction, it showers good luck and fortune on the devotee

3. The well-placed, beneficial planets in the birth-chart or Kundli get enhanced

4. The Navgrahayantra brings positivity to the life of the devotee

5. It brings harmony in married life and in other relationships as well

8. When worshipped, the Nava Grahayantra protects from evil and negative energies

9. It improves the overall quality of life

The Navgrahayantra is mostly made of the thick copper metal plate on which the Yantra of the nine planets is printed or engraved. The Shree Navgrahayantra has nine small squares, each of which has certain numbers engraved or inscribed on it that are organized in an orderly manner that evokes the powers and positive frequencies of all these planets. These numbers are aligned with the planet to which that particular square is associated. The number of each planet in their particular square of the Navgrahayantra make a mathematical design, and interestingly, no matter whichever way you add the numbers, whether vertically, diagonally, or horizontally, the sum total of the numbers remains the same.