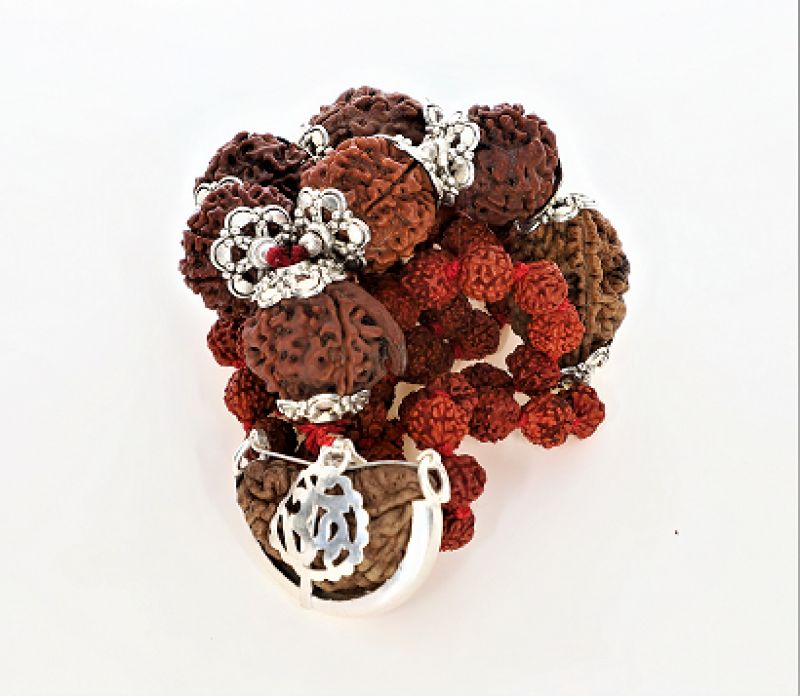 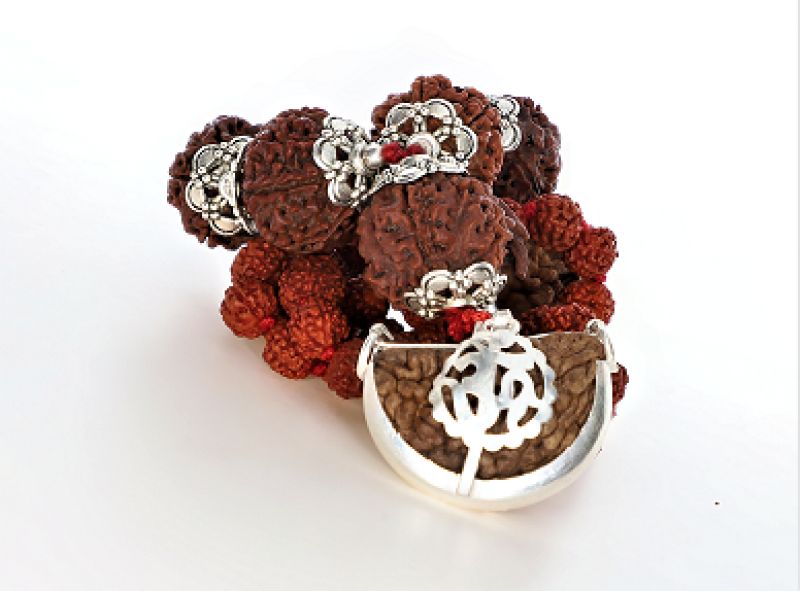 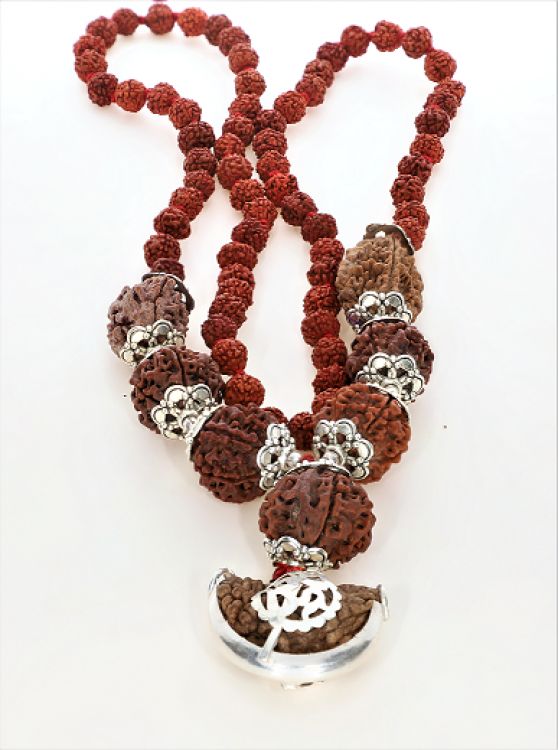 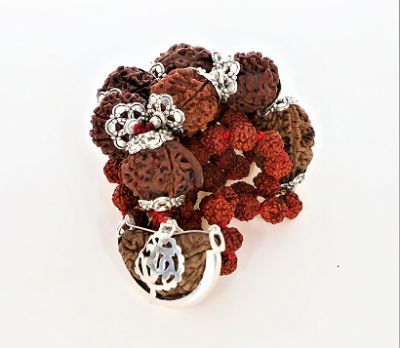 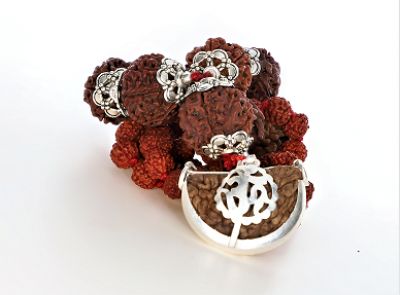 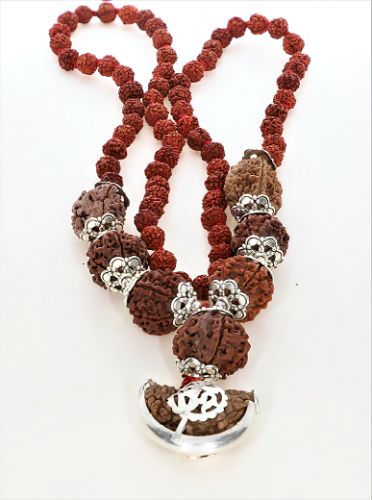 1- 7 Rudraksh ‘Mala’ (garland of rudraksh) or kantha is made of a combination of similar types or different types of 1-7 Rudraksh beads as advised by the astrologer.

It has immense healing powers and is beneficial in curing insomnia, dizziness and boosts the overall energy and vitality of the wearer.

1- 7 Mukhi Rudraksh kantha of Nepalese and indonesian origin are  considered to be good quality and believed to give desired results. Though the Indonesian and the java versions are also of good quality but they are relatively smaller in size than the Nepal origin. So if someone is looking for the smaller beads mala then this is the choice.

1-7 Mukhi mala first has to be purified and charged to make it ready for use. For this the mala is to be purified with the holy ‘gangajal’, offered pooja and offered chanting of the mantra ॐ नमः 108 times.

Regulations to be followed by the wearer of Rudraksh mala

1. Rudraksh mala has to be worn only during day time and at night it is to be kept at a sacred place or ‘puja sthan’ in the house.

2. Wearers of Rudraksh mala have to follow a ‘satvik’ style of living, not to consume liquor or non-vegetarian food.

5. Before wearing Rudraksh mala, it is to be worshiped and charged by chanting the ‘beej mantra’ associated with the particular rudraksh being worn.

6. Female wearers must not wear the Rudraksh mala during their menstrual cycle.

1-7 Mukhi rudraksh mala is made of 1-7 mukhi beads, one each (minimum) , a gauri shanker and a ganesh rudraksh all combined to form a mala. This mala  is in high demand due to its immense power and benefits hence it is in a higher price bracket. The price of 1-7 Mukhi Rudhraksh mala  with Nepal origin rudraksh  ranges Rs 60000/- to Rs 20 lakhs depending on the quality and size of rudraksh beads used. Generally the size of Nepali beads ranges between 25 to 30 mm.

1. Which origin of Rudraksh for mala is better for astrological results ?

Nepal origin Rudraksh is considered to be good as it is bigger in size hence providing more surface area which is in contact with the body of the wearer.

2. Who should wear the 1-7 Mukhi rudraksh kantha?

This kantha should be worn by the people who want to prosper in life and come to the top most level in their field of work. Also for the people who are looking for a complete solution to all their problems.

3. What is the combination which should be worn?

1 -7 Mukhi rudraksh  each, 1 gauri shanker and 1 ganesh rudraksh is the general configuration that is chosen in the 1- 7 Mukhi kantha. In addition to this the same can be worn as per the combination advised by the astrologer considering the birth chart of the person.

4.  What is the relevance of 1- 7 Mukhi Rudraksh combination?

This mala brings about a successful life to the wearer with a complete one point solution to all the problems, negativity, ill effects and affliction of planets etc faced by the person.

Nepalese rudraksh beads are larger in size compared to the Indonesian counterparts and their size ranges from 25 to 30 mm. Sizes are chosen by the wearer as per their requirement, however bigger beads having larger surface area and hence more area in contact with the wearer’s body tend to give better results, but are bulky to wear.