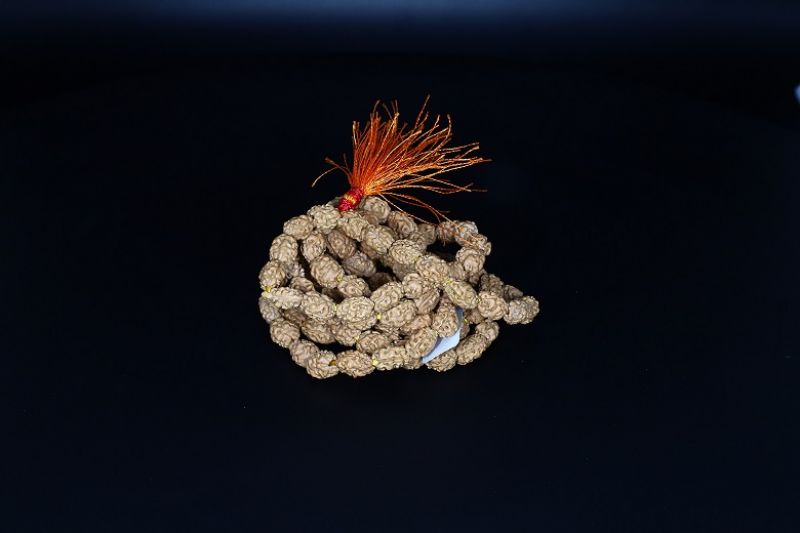 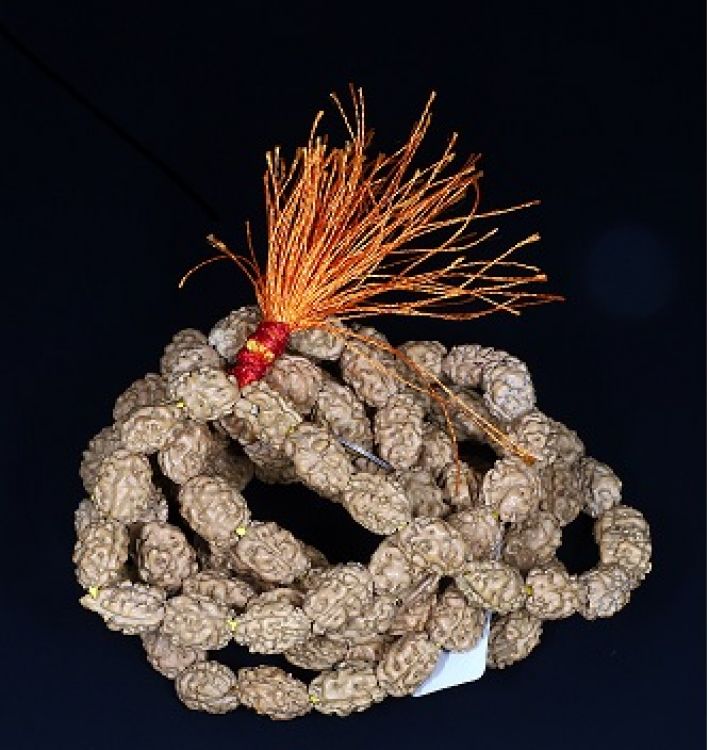 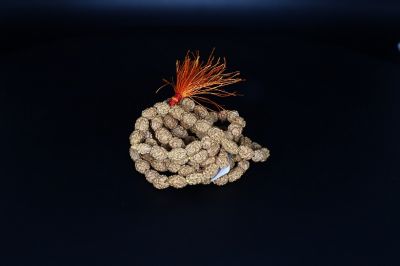 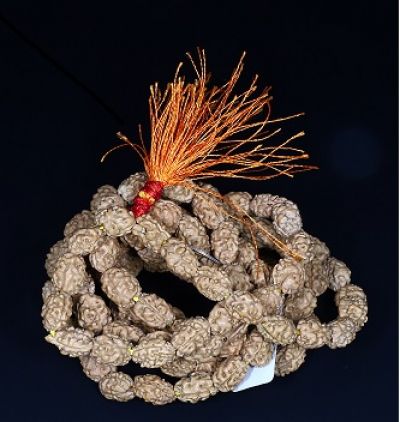 Rudraksh ‘Mala’ (garland of rudraksh) is made of various types and combinations of similar types or different types of Rudraksh as advised by the astrologer.

2 Mukhi Rudraksh Mala is made of 108 beads of 2 mukhi rudraksh. 2 mukhi rudraksh is associated with the ‘Ardhnarishwar’, which is the combined form of the ‘Shiva’(Lord Shiva) and ‘Shakti’(Goddess Parvati) and is the most pure depiction of the integration of the mind and the soul. 2 Mukhi rudraksh mala is considered auspicious for good relations among the husband and wife. This also improves relations in general and is good for the entire family. This mala is most apt for removing the ill-effects of the Moon.

This mala brings overall happiness, joy and fulfillment of the desires to the wearer. This is a very divine rudhraksh mala and brings calmness to the mind and soul.

2 Mukhi mala first has to be purified and charged to make it ready for use of wearing. For this the mala is to be purified with the holy ‘gangajal’, offered pooja and offered chanting of the mantra ॐ नामः 108 times.

Regulations to be followed by the wearer of Rudraksh mala

1. Rudraksh mala has to be worn only during day time and at night it is to be kept at a sacred place or ‘puja sthan’ in the house.

2. Wearers of Rudraksh mala have to follow a ‘satvik’ style of living, not to consume liquor or non-vegetarian food.

5. Before wearing Rudraksh mala, it is to be worshiped and charged by chanting the ‘beej mantra’ associated with the particular rudraksh being worn.

6. Female wearers must not wear the Rudraksh mala during their menstrual cycle.

1. Which origin of Rudraksh for mala is better for astrological results ?

2 Mukhi mala of Nepal origin Rudraksh is considered to be good.

2. Can 2 Mukhi rudraksh be worn single or is it worn in a mala only?

3. What is the relevance of 2 Mukhi Rudraksh ?

It is the most pure form of the combination of the Lord Shiva and the goddess ‘Parvati’. It is considered auspicious and very powerful for improving family relations and especially husband-wife relations.

Nepalese rudraksh beads are larger in size compared to the Indonesian counterparts and their size ranges from 25 to 30 mm. Sizes are chosen by the wearer as per their requirement, however bigger beads having larger surface area and hence more area in contact with the wearer’s body tend to give better results, but are bulky to wear.